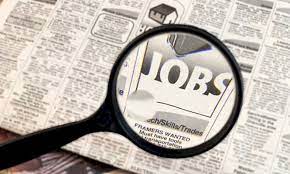 After 21 years in legal recruitment, I thought I knew a thing or two about the market. After all I had lived through the 2001 Recession and the Global Financial Crisis. I predicted when Covid hit that there would be mass lay-offs and very few job requirements and a deluge of quality candidates struggling to find work. Well after a large serving of humble pie,I admit I was absolutely off-target.

The initial uncertainty and fear when the pandemic struck in Jan-March 2020 – which according to a recent Jobadder report led to a drastic 41.6% drop in the number of placements across industries by agencies. This was the biggest drop in demand I have witnessed.

However, the recovery was just as rapid with a rise in business confidence and a realisation that Australia was in a relatively good position compared to countries like the US, UK, India  or Brazil.  Perhaps as a result of early actions by governments, perhaps by civic duty of most citizens complying with health advice and perhaps sheer luck that we are an island- whatever the reason the catastrophic fatalities overseas were largely avoided here.

Meanwhile business went on and needed lawyers to do the work. JobKeeper meant that mass lay-offs in industries like the law were avoided. There were some redundancies in April-June quarter but anecdotally some law firms have suggested it was an opportunity to let some B players go.

With the rapid bounce came strong demand for lawyers and a scarce supply at the right levels. There is a large number of law graduates but very few quality lawyers on the market at the2 year post-qualification experience level.

There are some movements of teams with firms merging or even ceasing operations, but the market is definitely candidate-short. Even though lawyers represent only a small percentage of the workforce, 10 of the top 20 Hardest Jobs to Fill were for lawyers (Seek report)

Many lawyers are risk-averse by nature and the idea of changing jobs in an uncertain economic climate has reduced the natural churn in the market. There has also been a dramatic rise of counter-offers. Busy employers who do not have time to recruit are throwing cash at disgruntled employees to stay put. Inevitably the financial incentive only last 6-12 months before many employees end up leaving the firm anyway. Many explain that once they have said they were going elsewhere, they were treated differently.

There are few surprises in the areas of demand. NSW has experienced a rapid property boom, so property and banking and finance lawyers have been in demand with a 235%and 223% respectives  increase in jobs from Oct-Dec 2020 to Jan-March 2021. There were also large increases in corporate and M&A  work (187%), regulatory(450%), litigation(143%). Covid lockdowns are also partly responsible for the increase in demand for family lawyers- rising 400% in one quarter.  There was slightly less demand last quarter in financial services, insurance and inhouse roles.

The greatest increase in level was for Division heads,  junior and intermediate associates, while there was a decline in partner and graduate roles.

One refreshing change has been the openness to flexibility. While law firms were gradually moving this way, the pandemic was a major catalyst. Firms glued to the idea of lawyers having to be in the office to be productive have realised that many professionals are actually more productive at home and work longer hours without having to commute. This has opened up opportunities for many lawyers who also juggle family responsibilities.

Firms who want to return to full-time in the office post-pandemic, may struggle to attract many lawyers who have embraced flexibility and a number who have even  relocated outside of metropolitan centres.

Progressive firms have seen this as an opportunity to reduce their rent and downsize premises which are now only partly occupied. Some are evaluating suburban regional hubs rather than only a CBD presence with higher rents. There is also less need for marble foyers, glamorous board rooms adorned with fancy Artworks and harbour views if your clients are now on Zoom.

In the war for talent, firms will be competing. A few tips to help firms have the edge over their competitors:

The market is definitely bullish and short of some major third wave or unforeseen economic curve ball, FY22 will be a good year for the legal profession with strong growth and demand for lawyers. Then again, my crystal ball last year was faulty.